Close heavy day, with thunder. Rumours about Ireland are numerous. We had a man, L/Corpl. Adams, accidentally shot through the hand yesterday evening.

Lance Corporal John Adams recovered from his wound and returned to the Battalion, where he distinguished himself by earning the Military Medal twice—firstly, during the Battle of Langemarck on 16 August 1917 and, secondly, on a raid on 22 July 1918. The story of his time in France and Flanders may be found at ‘Letters from the Front‘. 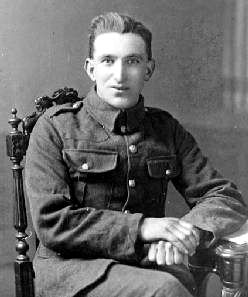